My favorite tree in the state

I was super excited to get into this state land spot that I found during my college years. It’s a low-lying spot with a river running by it. There is some thick stuff right by that the deer love to bed in. This spot always seems to be best right around Halloween to November 10th so I usually wait til I step foot in this stand. This area is great in the late morning to mid – day. This spot has been extremely good to me. I have seen countless bucks, shot a few and had my fair share of opportunities. The past two years I have shot decent state land bucks on the first or second day. I was wondering if I would be able to do it again.
I have been waiting for the perfect timing to get to this spot. I chose to hunt else where on the first perfect cold front. I was wondering if I missed the rut because right after the cold front blew threw, a November heat wave showed up. I thought the deer may be chasing all night long but I still decided to wait for better weather. On November 10th, the conditions were finally near perfect; frosty temps and south to west wind. The only thing that was bad was the near perfect daytime weather. I wish it were a little cloudier or even some rain.

I got into my stand half hour before light. I looked to my west and my fellow hunter was there whom I call pumpkin. I call him pumpkin because during gun season he wears and all orange suit and you can see him a mile away. He hunts his stand way to much and you can tell by the way the deer act and his muddy trail right to his stand. He does everything he can to spook deer. I have also have had many opportunities from my stand and I have only seen him shoot one buck. I really think him over hunting his stand creates a funnel that pushed the deer my way. If I can predict when he is hunting I know the deer can. I am about 100 yards away to his east.
At the time, deer sighting were none but I wasn’t worried. This is a late morning spot. At 10:00 AM pumpkin got out of his stand and was headed in for the afternoon. At 10:20 I heard crashing at his stand and sure enough a buck was chasing a doe. I grunted to try and pull him away but no luck. I look to my south and I see a buck. I grunt at him but he didn’t care and walked away. I go back to looking for the chasing going on. Then I look to my south and I see another buck moving my way. I prepare myself in case he was a shooter. Then I see two bucks coming my way. Then they freeze and blow and take off. I don’t know why this happened because I was pretty still and I am sitting in the crotch of a tree. I am thinking they were confused because they didn’t see any deer with the grunting going on, or some possible swirling wind.

At 11:15 I hear more noise. I look and see a shooter 55 yards away coming at me. 15 minutes later, at 11:30, he had move 15 yards. Then he lies down. He looked to be your typical 8-point and wide. His tines were not that long. I stood there for an hour and ten minutes and he stands up. In this time, I have mentally prepared myself for every which way he could go and where I would shoot him. He ended up walking 2 more yards, lies back down and falls a sleep. Around 1:35 I decided I needed a break and sat down myself. That was more then 2 hours since I first seen him. Around 4:20, the deer gets back up and walks to about 35 yards and lied back down. 20 minutes later, he gets back up. He then walks at me, turned around and lays back down. I still have no shot. By now I am going nuts in the tree wondering if I will ever get a shot off. Now I could see that he had a tine that he was hiding which made him a 9-point

As the sun began the fade, I was realizing I was running out of time. I needed to come up with a plan to get a shot at this stud. In the 5 hours, the wind had started a swirling effect. One minute it would be on the deer and the next it would move to my west. I decided when after the sun started to set and the wind shifted, I would try to get the buck up with a grunt. It finally happened and I grunted. The deer looked at me with a “who cares” attitude and went back to gazing. I then made a bleat at him and he did the same thing. 20 minute later, the deer jumps up and points into the distance. Then walks away out of my life. I couldn’t believe it! 5.5 hours and no shot.

My Bowtech ready to rock on another frosty morning

The next morning I was back at it. Deer started moving right away. The past couple years it has seemed like if I don’t see deer right away, it will be a mid day move. If they start moving early then they will move pretty consistently till about 11:30. This day was a little different. I had seen those few does right away and then nothing. I waited and waited, wondering if I was ever going to see another deer.
Around 11:27, I heard what sounded like a train. I seen a doe coming right at me on the run. After I looked up from grabbing my bow, I had seen what was chasing her. I thought it was the big boy from the day before and I was ready to kill him. The doe did everything she was supposed to except angle away at the last minute. He came to about 35 yards away and I instinctually pulled my bow back and put it right on him. I tried stopping with a grunt but he didn’t seem to hear me. I wasn’t worried about it too much because he was headed to my next shooting lane; or so I thought. While this was going on, the doe stopped and walked directly away from me. The buck ended up walking on the wrong side of the thick stuff never ever giving me a shot. My heart went from a minute of high adrenaline to depression. I couldn’t believe another shooter buck came within 35 yards and never had a shot. This is after 2 years of shooting nice state land bucks from the same tree and now I can’t get a buck within 20 yards of the tree.

I am not 100% sure this was the same buck from the day before. This buck seemed to have a bigger rack then the day before. While the heart was on hyper drive it was really hard to concentrate on who this deer was. This buck actually looked really big where the deer before didn’t look all that huge.

The rest of my weekend trip was pretty uneventful with a few does and fawn. Then private property owners starting to build a new tree stand made me decide to bail and head home for the weekend.

But, wow! Although I didn’t have a buck in the back of my truck, I felt successful. I had two encounters with great deer on state land. My heart was beating out of my chest after and during these encounters. I really could not ask for more and this is the reason why I bow hunt. You never know what kind of crazy adventures your going to have in the woods. I think people rely to much on whether or not they punch tag on a deer. We need to get back to the fact that we are out there to enjoy the outdoors. We don’t need to “take” every single time out there. Hopefully I will still have that attitude and the end of the season…haha

I hope everyone enjoyed my weekend in the woods. I hope everyone is enjoying this season as much as I am. If you have shot a buck, I would love to see it.

I try to keep my social media sites updated. If your into that, check them out:

2 thoughts on “A Hunt to Remember”

Catch Us on Social Media

Owner of Chrome Seekers Guide Sportfishing Co-owner of Blissful Vacation | Chrome Seeker | Great Lakes Lover | Photographer | Outdoor Enthusiast | Whitetail Obsessed | My life revolves around fishing, hunting, and vacations. Join me as I share about my adventures in Michigan and anything that I come across in the Outdoors in the USA. 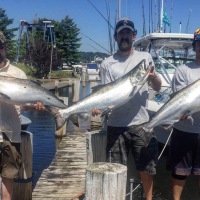 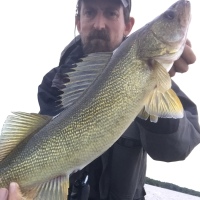 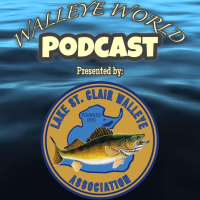